The success of swiss exports

Switzerland has never exported as much as it did at the beginning of 2022. These flows continue to maintain a steady pace. Swiss exports account for almost two-thirds of the country’s gross domestic product. Medicines and other pharmaceutical products generate the most demand, accounting for more than half of all exports.

Chemicals and pharmaceuticals, machinery with electronics, and watches are the three main sectors of the country’s exports. Together they account for more than CHF 184 billion.
The main countries of destination are the United States, Germany, and Italy. As for the supplier countries, we find Germany, Italy, and China.

The increase in the flow of exports and imports has been very significant. Over the last 30 years, the Swiss country has gone from CHF 88.3 billion in exports to CHF 259.5 billion. For machinery, equipment, and electronics, the amount has increased from CHF 25.5 to 31.2 billion and for pharmaceuticals, the amount of exports has become 7 times higher to reach CHF 130.9 billion.

Diversity at the cantonal level

According to the foreign trade statistics of the Federal Customs Administration, not all cantons generate the same activity and there is a disparity. For example, the canton of Basel exports 50 times more goods than the canton of Appenzell Rhodes-Intérieures. Among the major exporters, we should mention the canton of Neuchâtel, which has the watchmaking sector in its sights. More surprisingly, the economic leader, Zurich, is almost in the last position.

What about the credit?

The export credit is a short-, medium- and long-term credit intended to finance the export of consumer and investment goods and services. It can be combined with a commitment credit and often forms the core of a real financing package.

When talking about this type of financing, we must emphasize the importance of the federal export risk guarantee, the buyer’s credit, the supplier’s credit, and the framework credit (crédit cadre).

This is an insurance policy designed to cover specific risks arising from exports. However, it does not directly cover the private buyer’s risk. The Federal Council has decided to open a procedure to cover this risk.

Given privatizations in importing countries and the increasing globalization of production, Switzerland’s position as a business location has been put at a disadvantage compared to its foreign competitors by the lack of coverage for private buyer risk.

This credit will be granted to the Swiss exporter to cover the period between the shipping of the goods and the full payment made by the foreign buyer. Generally speaking, this credit is applied for smaller export transactions.

These credits are granted based on a framework agreement. They set a limit for the amount and conditions for individual credits and determine:

The interest rate is fixed based on the market situation.

We can differentiate three types of framework credit:

Swiss exports of goods are therefore doing very well. The recent pandemic has not stopped the activities and in 2022, the country’s foreign trade is in perfect health.

PrestaFlex advisors will guide you towards the most suitable financing for your business. Fast, simple, and tailor-made solutions, your request will be processed free of charge. Our clients in Geneva, Vaud, Fribourg, Zurich, and Zug have particularly appreciated our ability to negotiate and find financing alternatives in a very short time.

PrestaFlex, your trusted partner since 2013 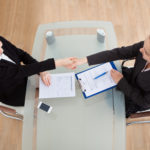 Why does the bond change the guarantees for individuals and companies?
Next article 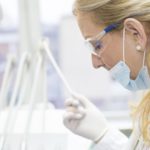 HOW DID PRESTAFLEX FINANCE ONE OF THE MAJOR PLAYERS IN THE SUPPLY OF MEDICAL PRODUCTS IN SWITZERLAND?

More from the blog

We use cookies to ensure that we give you the best experience on our website. If you continue to use this site we will assume that you are happy with it.